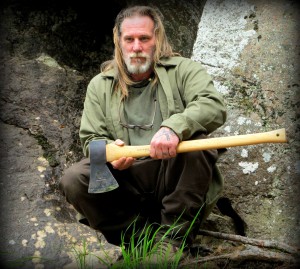 Felling large trees the traditional way is an art requiring skill and a proper axe. Good felling axes are often expensive competition designs, too heavy for practical outdoor use. Understanding the features of a tool, and the tools intended purpose, are key elements to consider when creating the perfect woodsman’s axe. Canterbury settled on a purpose built design made for heavy use in an environment of hardwood trees. By meticulously pairing the right style of axe head with the right kind of handle, the American Felling Axe drops dense, large sized trees effectively, allowing the user to work longer without tiring. 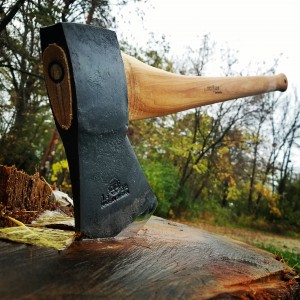 Canterbury, a blacksmith who makes many of his own tools, doesn’t have the facilities to make larger tools like axes and felt Hults Bruk was the company to craft his version of a traditional American felling axe. As the oldest axe manufacturer in the world, Hults Bruk quality and passion for excellence makes for a design that is both a usable axe for any woodsman and also an heirloom-worthy tool that can be passed from generation to generation.