During the great depression power saws were relatively rare, despite having been invented several years earlier. The most common methods for tree cutting still involved an axe, handsaw and a certain technique. After 1945 the postwar economic boom demand for wood products increased. Chainsaws quickly replaced the human powered bucksaw, crosscut saw and axe. 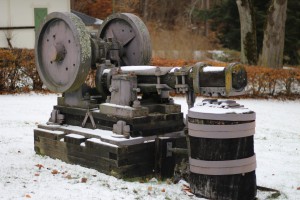 The hammers once used to weld the steel cutting edge to the iron axe head now sit silent, but the fires from the forges continue to burn as they have for over 300 years.

In time axe production at the historic Hults Bruk began to slow, the range of multiple axe patterns and designs produced would also shrink. Today the axe remains popular among enthusiasts who prefer muscle to machine and technique over technology, and knowing that crafting a good tool requires quality materials, skill and time.

Axe production at the historic Hults Bruk continues in the same tradition. The hand forging, shaping and grinding is done with the same consideration as a sculptor moulds clay. The steel is not pounded into shape as quickly as possible. Care is paid to the quality of the metal as it is gently and powerfully pressed in a perfectly timed synchronization that only skilled hands, which know the tools to their very heart, can perform. 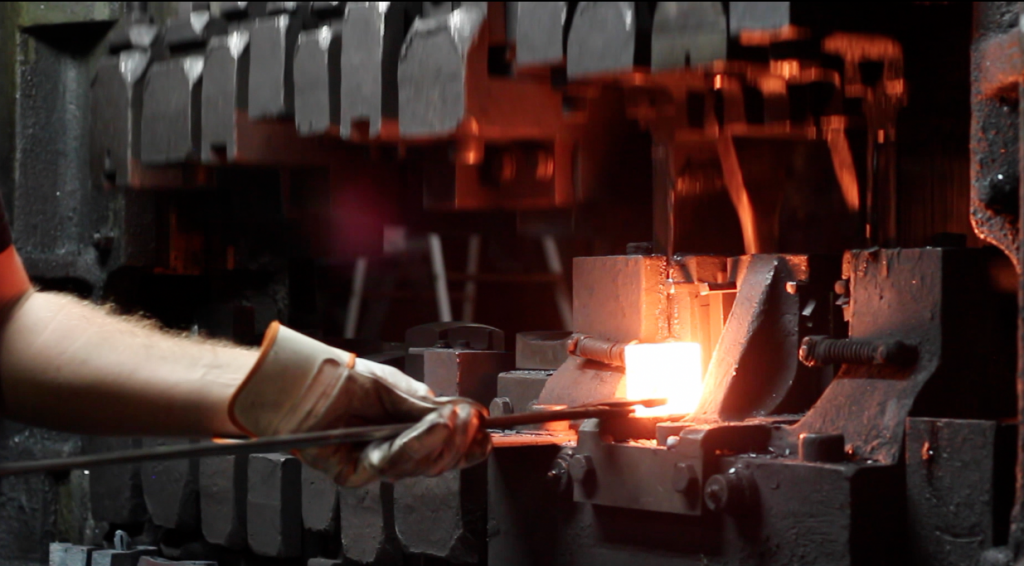