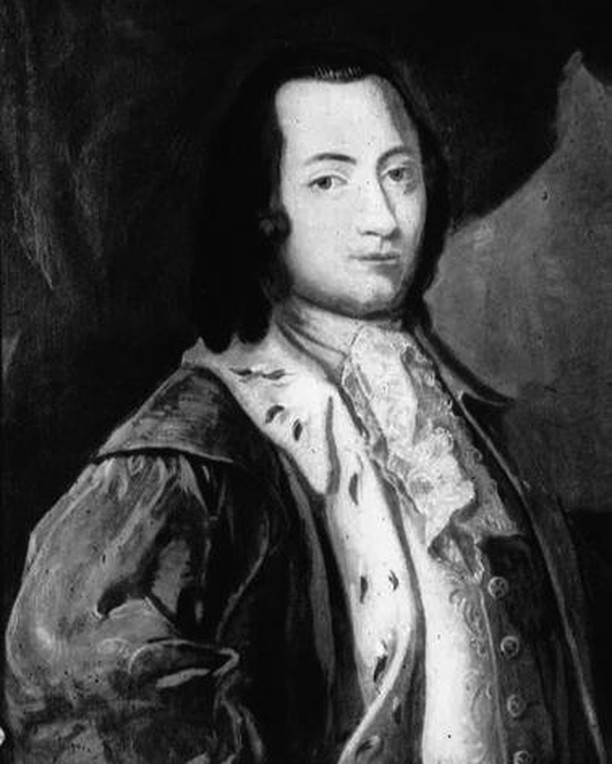 In 1697, the Dutchman Jacob Reenstierna established Hult’s iron and steel factory in the inner part of the valley below Ågelsjön located close to the six waterfalls, also known as the ”Bråviken ögonvrå”. The site was protected by the wooded hills of Kolmården. The purpose was to start an iron with nail forging as a speciality with the intention of exporting large parts of the production. Reenstierna was a man with more than one string to his bow, during his career he managed both to be governor of Halland, president of the Municipal Council and adviser of King Karl XII of Sweden. At this time, immigrants’ ideas and initiatives meant much to Sweden’s business community. On 4th of May 1697, Bergskollegiet issued a permit for Jacob Reenstierna to install a drop forge and a manufacture hammer machine. This happened only one month after the death of King Karl XI and a few days before the great castle fire that devastated Stockholm’s castle, Tre Kronor.

War Promotes the Exports of Nails 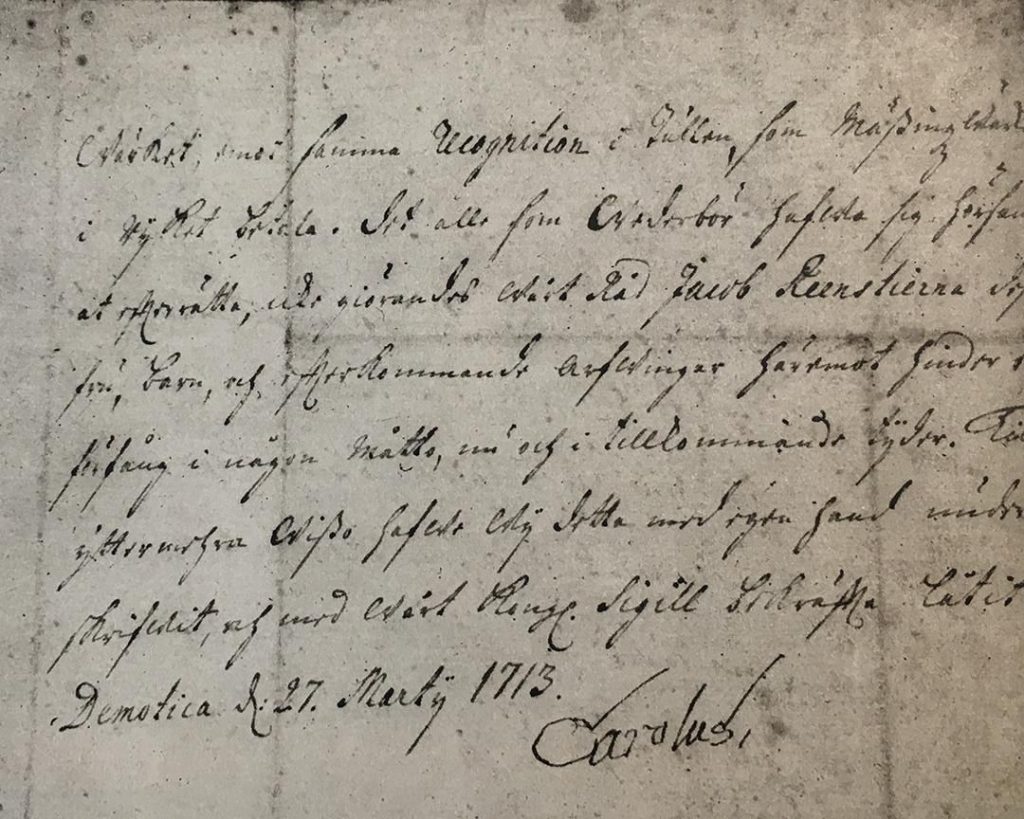 Nails were the most important product of Hult until 1882, making Hults Bruk one of Sweden’s premier nail manufacturers. The first nail forge was built in 1709 and consisted of four nail hammers. The forge was powered by water power and the nails and bolts were delivered to the Swedish Royal Navy. The nails from Hult was not only popular in Sweden, they enjoyed great success in Europe for their quality was especially sought after in countries that had a large fleet of ships.

During the Great Nordic War (1700-1721) the King of Sweden encouraged manufacturing businesses, especially those associated with exports, as there was a hope that this could strengthen the country’s overall economy. In a letter signed by King Karl XII of Sweden on March 27, 1713, Reenstierna was granted several benefits linked to the activities in Hults, such as a zero duty on export goods such as nails, anchor chains and more. This was a clear sign of the position of the manufacturers and how the state strived to support private entrepreneurs.

The Iron lady at Hult 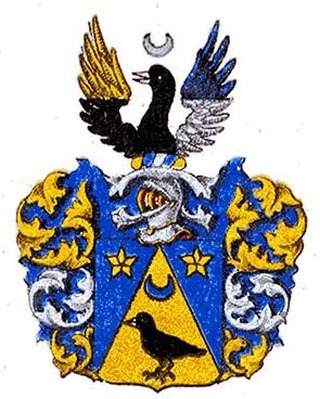 Brigitta (Brita) Wallrave bought Hults from Reenstierna’s widow in 1732. This was the beginning of a period of growth for Hults Bruk. Wallrave was a woman who knew her rights when her interests were threatened and she controlled the works tightly. Wallrave developed the production with barbed iron, which was not manufactured for sale though. Also bolt iron, tape iron, oak nails, curing nails, lath nails, axes and spades started to be manufactured at the works under her ownership. When Wallrave died, her granddaughter, Maria Eleonora Strahlenberg, took over Hults Bruk becoming the last in the line of female owners.

The nails lockers and iron that left Hults Bruk at this time were marked with the letter H for Hult. 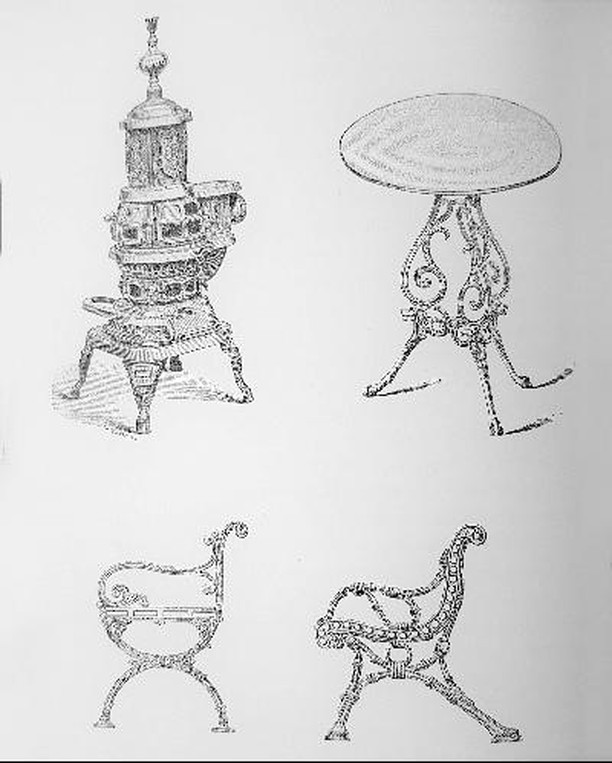 In 1818, under the ownership of Magnus Lorentz Ekelund, the production at Hults Bruk was expanded with a foundry. The foundry was made of wood and had a stove with a blower. Here tile stoves, frying pans, pots, mortars, boilers, bells, flat-irons and garden tables were made. At this time, Hults Bruk had a “corps de logis”, a building in a beautiful mansion style, as well as inspector and office buildings, barn houses, stables, orangeries and various buildings. The main utility buildings were a bar-iron forge, a foundry, a nail forge, a building with two nail hammers and a railing hammer, plus another building with three drop hammers and a house for a testing machine. 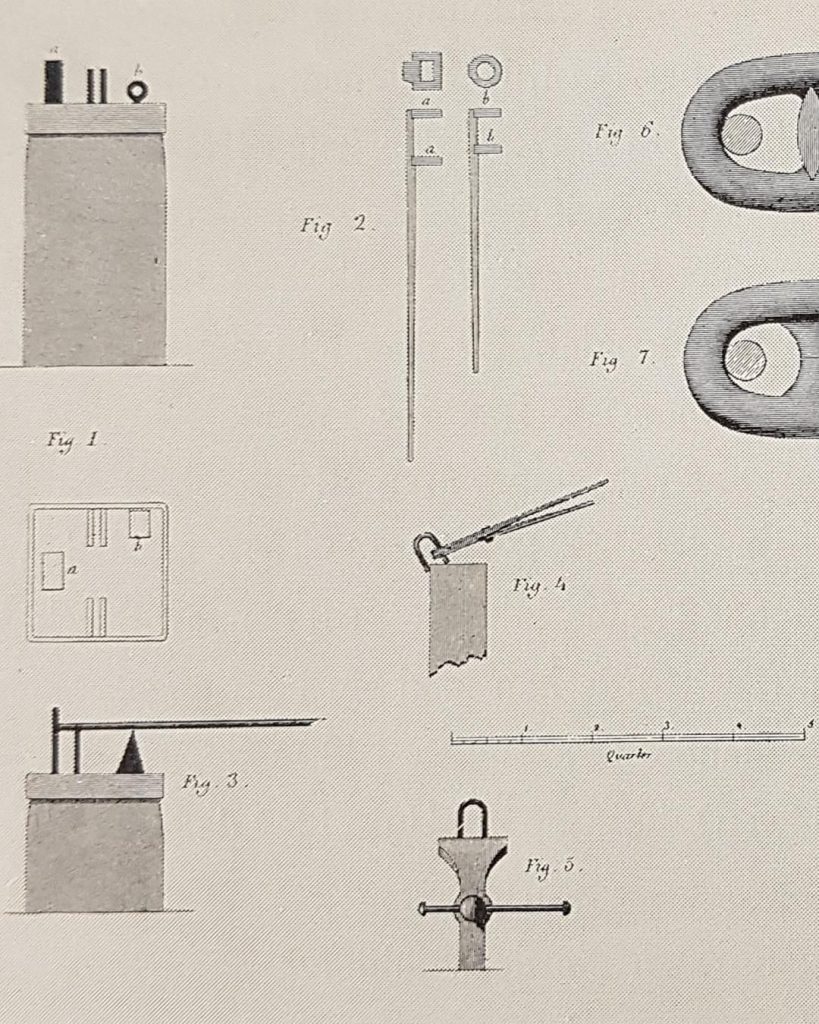 Iron chains and anchors started to be manufactured at Hults Bruk in the 1820’s. Anchor chains was used at sea which placed great demands on its assets. The works that manufactured these also set up workshops with chain testing machines to ensure quality. The production process of both iron chains and anchors set great demands on the craftsmanship, judgement and knowledge of the blacksmiths

The test machine at Hults Bruk was placed in a beamed timber building and took up the entire length of the house, weighing almost 4 tons. The anchor chains were sold mainly within Sweden, but a lot of exports was also made to Norway. The chain forging was to become the second largest production beside nails at Hults Bruk until the end of the 1860s.

A School for the Children of Hults Bruk 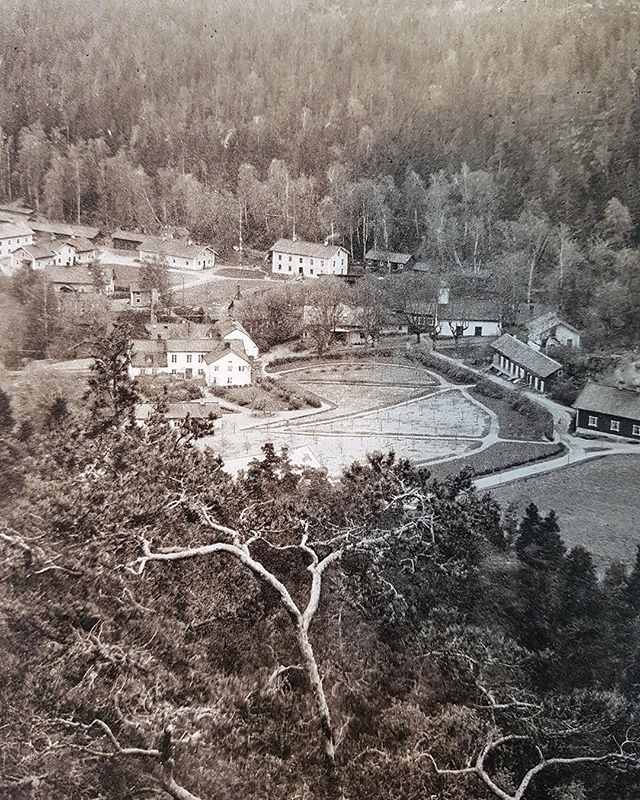 In the 1840s about 30 people worked at Hults Bruk making it the third largest works of Östergötland. In addition to office staff, 15 blacksmiths and 4 casters worked at Hult. To improve the social conditions of Hults Bruk, Magnus Lorentz Ekelund established a school at Hult in 1837. It was placed in a higher location, away from the factory buildings. Before, the children of the workers at Hult had received schooling at home or by visits from a travelling “master” or an old lady in the neighbourhood. The school subjects during this time were reading, counting, writing, drawing, geography, history, Christianity and gymnastics. Christianity was one of the most important subjects, and the church had a strong influence on the school. A few years later, in 1842 the Swedish Parliament decided to introduce public school for everyone.

Special Manufacture of Axes for Export 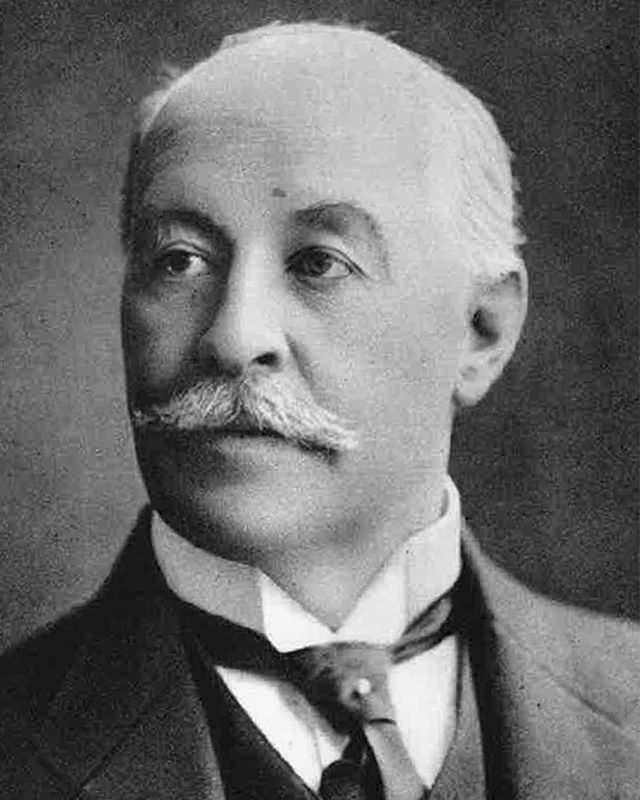 In 1886 Hults Bruk was handed over to Gunnar Ekelund, grandson of Magnus Lorentz Ekelund. Gunnar, who was born and raised at Hults Bruk, had received a high-class education. He was a frequent traveller and spent a lot of time visiting iron factories in England, Belgium and the United States to learn more about manufacturing.

The scope of production at Hult had proven to be less profitable in the long run, and Gunnar therefore strongly believed in a specialist manufacturer of any kind. The choice fell on axes forged according to American methods, which are basically the same methods used in the works today. The goal was to export axes to Australia and New Zealand. It would take a few years though before the fabrication of axes really took off. Machines were purchased from England and America at the same time as the production was rationalized and streamlined to achieve the best possible quality in the manufacturing process. 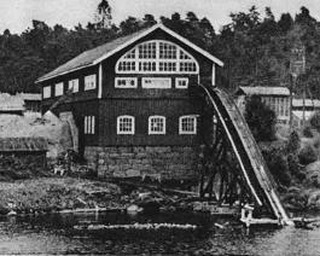 During 1916-1917 Hults Bruk was electrified. The water power previously extracted from Ågelsjön lake was thereby replaced by a 750-meter-long pipe between the lake and a power station located below the works. The fall height was approximately 56 meters and the power reached 350 turbine horsepower compared to the previous 150 horsepower that the water power achieved.

Trials to Mechanize the Production 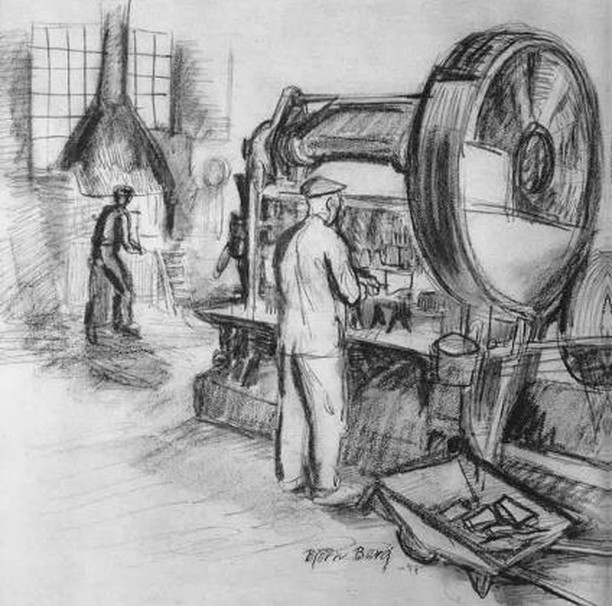 Modernization of the operation started in the 1930s with an electric oven for hardening the axes; the first step towards introducing electrical heat treatment at Hults Bruk. In addition, both electric and oil-fired ovens were installed for hardening and annealing. These technical modernities not only streamlined the production but improved the working conditions for the workers.

Further attempts were made to mechanize the production and several experiments were performed. However, the quality was not as good as when the axe was forged by hand. 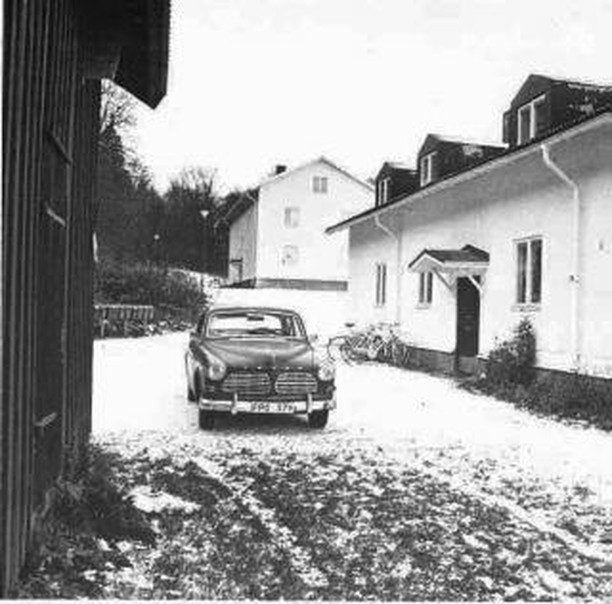 Towards the end of the 1950s, a so called ”Egnahem” was built in Åby and several of the workers moved there. The “Egnahem Movement” in Sweden during the late 1800s and the first half of the 20th century aimed to give the working class a self-owned or improved housing.

The migration continued in the 1960s and 1970s, which meant that the younger generation was not ”born into” work at the factory. Instead, they were looking for other places of work or chose to study. This of course had consequences for the works with difficulties in recruiting staff. As a result, many workers from Finland came to Hults Bruk in the 1960s, and for a period almost everyone at the works were from Finland. 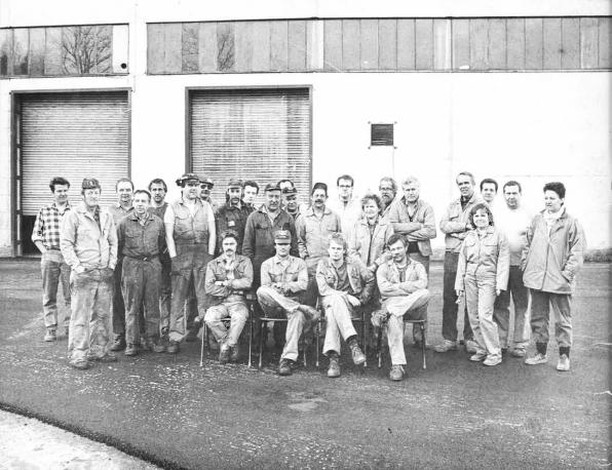 In September 1988, Tors Hammare took over the production of axes at Hult, and four years later, in 1992, Hultafors AB acquired Tors Hammers and Hults Bruk. Hults Bruk employed 35 people at this time and the employees were divided into civil servants and two subordinates; the smith and the mechanical workshop including the warehouse and the carpentry.

Hults Bruk now manufactured splitting axes, carpentry axes, sledge axes, outdoor axes as well as camping and hunting axes. In addition, wedges, shafts and light metal tools such as bars were manufactured. 30% of the axes were sold in Sweden, the rest were exported all over the world but mainly to Australia, New Zealand, Papua New Guinea and Canada. Later in 2015, Hults Bruk successfully launched a line of axes exclusively available in the U.S.

How to Replace An Axe Handle – Part 2 Handle Installation

How to Replace Your Axe Handle – Part 1 Handle Selection

How to Sharpen an Axe