Produced in commemoration of over three centuries of metalworking at Hults Bruk.

2022 marks the 325th anniversary since Jacob Reenstierna established Hult’s iron and steel factory in 1697. To mark the occasion, the factory has created a commemorative limited edition axe.

The design is inspired by some of our favorite Hults Bruk axes from the past. In 1870, ironmaster Ekelund brought back American production techniques and axe designs like Turpentine and Yankee patterns with hickory handles. With time these have become symbols for Hults Bruk axes. The head of our Anniversary axe, with a gross weight of 1.25lb, is a classic Yankee pattern and the bit has a finishing with a narrow 5 step premium grind. It is hand forged from Swedish quality steel, another symbols of Hults Bruk axes. We have equipped it with a hickory handle and a specially made leather edge cover, manufactured in Sweden from a vegetable tanned, full–grain leather. Enclosed together with the axe you will also find a key ring with a ships nail as a reminder of where our forging tradition began.

The label and the shape of the handle are inspired by some of the oldest documented axes from Hults Bruk, found in a catalogue from the 1890s. The label contains an old logotype with the initials HM which stands for Hults Manufaktur. In the past our axes have been available in a wide range of colors. The red and green of the anniversary axe have been borrowed from our Agdor range that was introduced in the 1930 and made Hults Bruk famous around the world. This particular green was inspired by axes sold in Sweden in the middle of the 20th century and the red handle was a common feature on many Agdor models during the later half of the 20th century. 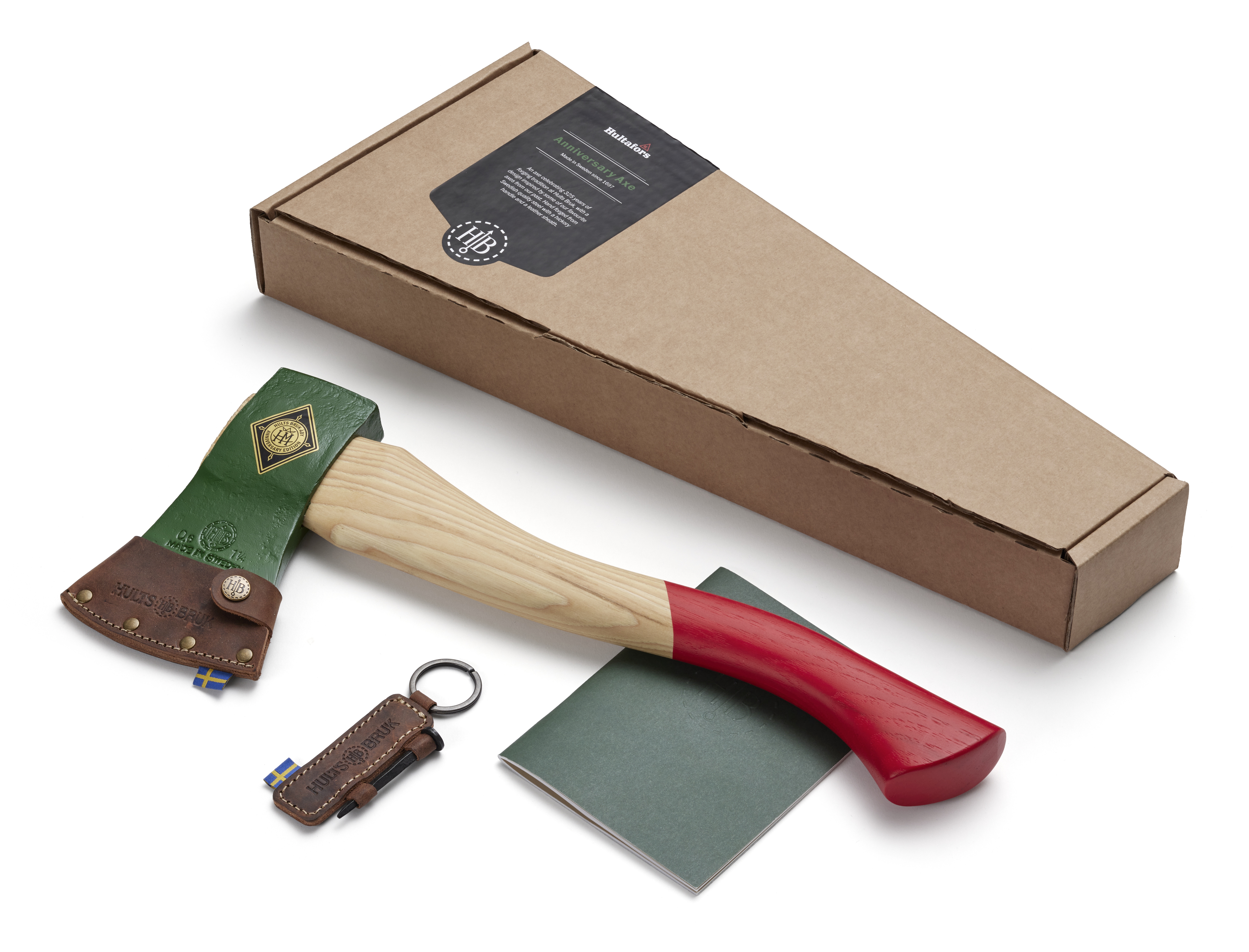 How do you use your 325-Year Anniversary Axe?

Tell us what you use your 325-Year Anniversary Axe Hatchet for...