Designed for use on Australian hardwood, the wide 5.5-inch blade profile makes large V-shaped cuts in hard, knotty or frozen wood. The axe head is secured to a solid 32-inch American hickory handle with both a steel and wooden wedge. A great axe for practicing the standing chop, or as a workhorse for felling and splitting.

Arvika was its own forge in Sweden. In the early 1960s, Arvika ceased production and Hults Bruk purchased the brand and 5-Star pattern. For the next 50-years, Hults Bruk continued selling the Arvika 5-Star in select markets, making it a sought-after axe in the United States where it was previously unavailable until now.

The axe head is hand-forged and made from Swedish axe steel in a foundry that has been in operation since 1697.

As part of the hand grinding production process, the steel is struck multiple times thereby increasing its density and resulting in more durability of the axe.

The head is constructed in such a way that there is a tempered zone designed to hold a very sharp edge even after many sharpenings.

The curved hickory handle is treated with linseed oil. Each axe comes with a traditional leather protective sheath.

The Arvika is designed to be profiled and customized by the end-user, a practice recommended only for those with experience. 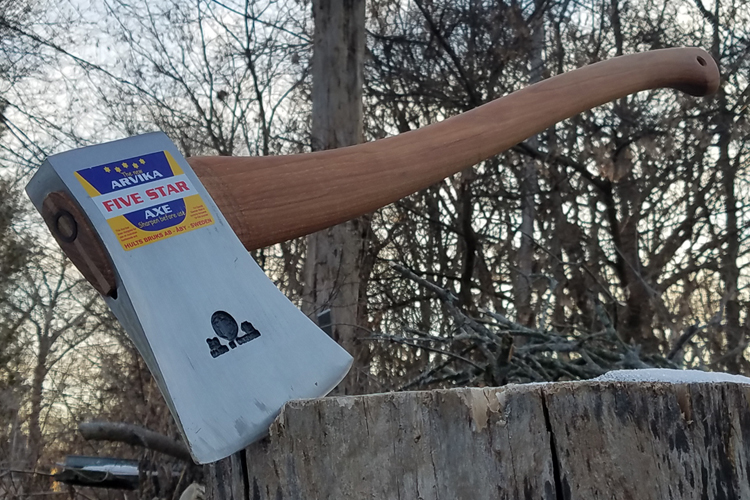 "With a 5.5-inch-wide head handcrafted in Hults' 321-year-old forge and an American hickory handle, this axe makes short work of chopping and splitting even the knottiest wood."

How do you use your Arvika?

Tell us what you use your Arvika Racing Axe for...